1941 Bernardo Bertolucci is born in Parma to Ninetta Giovanardi (originally from Sydney), a professor, and Attilio Bertolucci, a poet, art historian and critic. He spends his childhood in Baccanelli at his paternal grandfather’s farm until the age of 12.

1947 His brother Giuseppe Bertolucci is born.

1954 The Bertolucci family moves to the Monteverde Vecchio neighborhood of Rome.

1956 While on summer vacation in the remote village of Casarola in the Apennines near Parma, he makes his first short film, The Cable with a borrowed 16mm camera. Three months later, he films The Death of a Pig at the farm in Baccanelli. 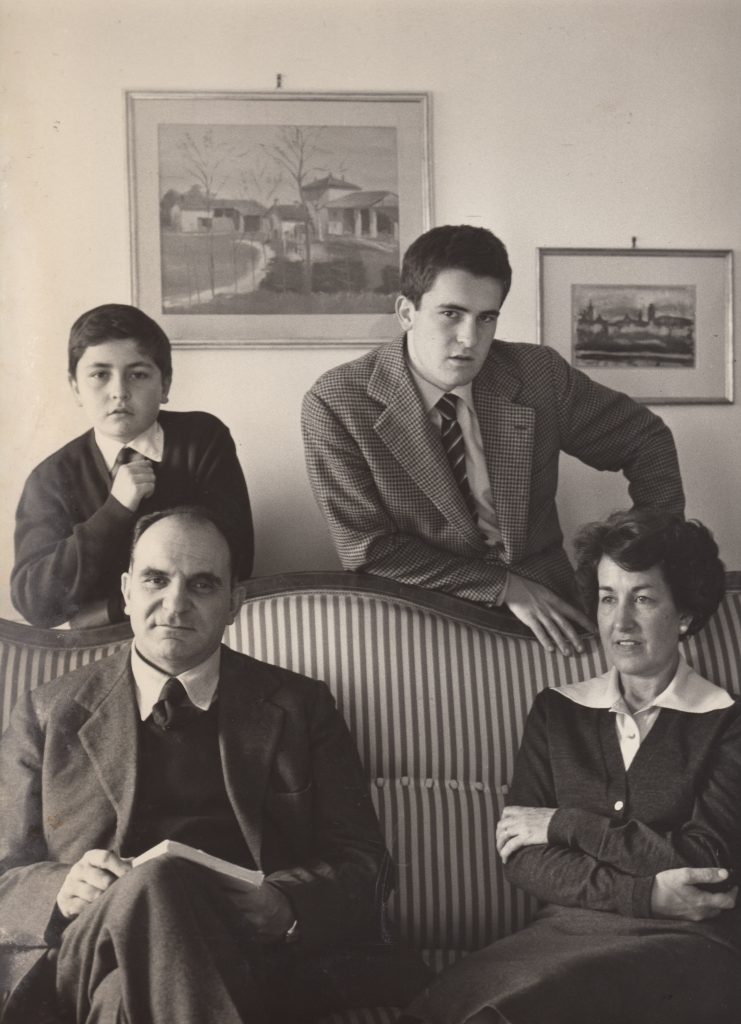 1960 Travel-prize to Paris for passing his graduation exam. He spends an entire month at Henri Langlois’s legendary Cinémathèque Française with his cousin Giovanni Bertolucci.

1961 He abandons his university studies in modern literature to be an assistant to his neighbor, Pier Paolo Pasolini – a literary “discovery” of his father’s – on the set of Accattone.

1962 A few days after winning the Viareggio Prize for poetry (“First Work” category) with In Search of Mystery, he debuts as a director at the age of 21 with the feature film The Grim Reaper, based on a Pasolini story.

1964 His more autobiographical Before the Revolution is presented at the Venice Film Festival and marks him as the Italian disciple of the French New Wave (especially of Jean-Luc Godard). Despite winning international awards, it would be several years before the film was distributed abroad.

1967 With a temporary lack of funding for other projects, he makes a documentary in three episodes for RAI, Oil Route, and the avant-garde short Agony, part of the collective film Love and Anger, and works on the story of Once Upon a Time in the West with Sergio Leone and Dario Argento.

1968 Before the Revolution is distributed in France thanks to Langlois and becomes a success with students at the Sorbonne. Filming in Rome starts on Partner, based on Dostoevsky’s novel The Double, produced by his cousin Giovanni. Much of the film reproduces “live” the events of May 1968 in Paris.

1970 Fruit of his experience with psychoanalysis, The Spider’s Stratagem (based on a story by Jorge Luis Borges) and The Conformist (based on a novel of the same name by Alberto Moravia) are released almost simultaneously. Both are set in the fascist era, and the two feature films reveal the young director’s increasingly political engagement, as does the documentary Health Is Ill or The Poor Die First. 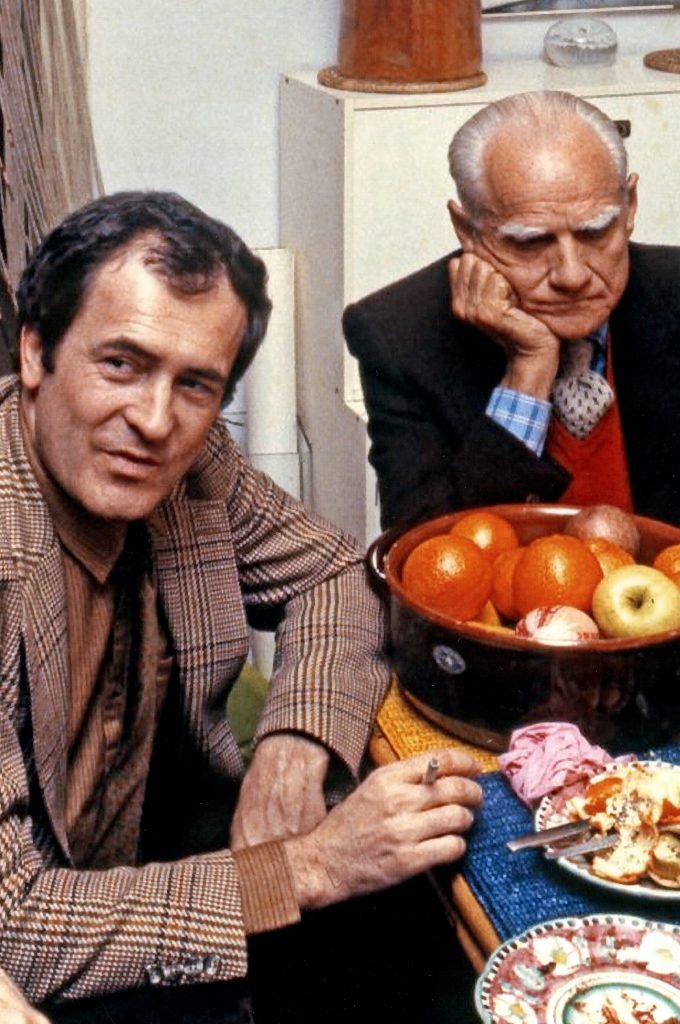 1972 Another landmark moment, the release of the notorious Last Tango in Paris brings him worldwide success but also a trial for obscenity, which would cost him the loss of his civil rights for five years.

1976 The saga of 1900 – five hours of running time on the political conflict between socialists and fascists – is hailed throughout Europe as the Italian equivalent of Gone with the Wind, while being boycotted in the United States and the Soviet Union.

1979 Also unfavorably received in America, Luna depicts the specter of incest between mother and son using elements of both melodrama and sophisticated comedy.

1981 Tragedy of a Ridiculous Man is a oneiric depiction of the rivalry between father and son during the Years of Lead.

1983 Head of the Jury of the 40th Venice International Film Festival which awards the Golden Lion to Jean-Luc Godard’s First Name: Carmen.

1987 Shot in China as an independent European production, the masterful epic The Last Emperor becomes the first sign of a global experience, especially after receiving 9 Oscars in Hollywood in April 1988.

1990 Based on Paul Bowles’s cult novel about an artist couple from New York who travel to the Sahara, The Sheltering Sky is immediately perceived as the second part of Bertolucci’s “Oriental trilogy” or “Eastern trilogy “.

1993 Made especially for young audiences, Little Buddha also appeals to older viewers with its exploration of the millennial wisdom of the East based on the actual case of an Western boy considered the reincarnation of a Tibetan Lama.

1996 Stealing Beauty, starring nineteen-year-old Liv Tyler, marks the much awaited return of “Mister Oscar” to his native Italy and the beginning of his “intimist trilogy ” or “chamber trilogy”, in many ways the antithesis of the opulence of his previous trilogy. 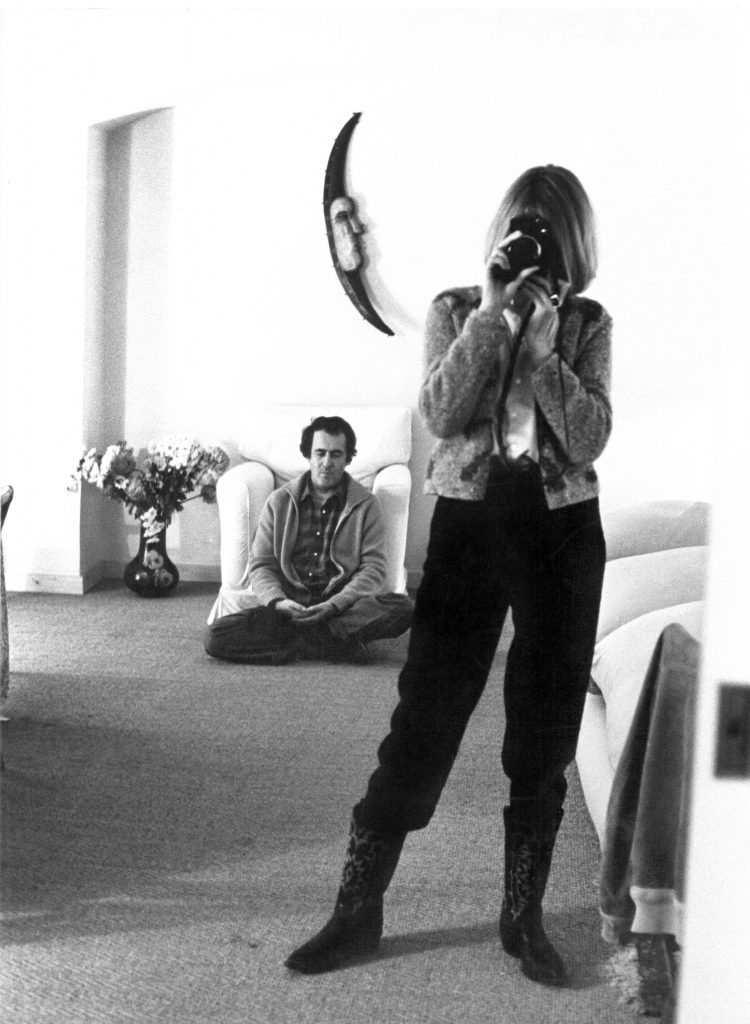 1998 An African refugee is the main character of Besieged. An English pianist living in Rome is ready to make the ultimate sacrifice for her, perhaps mindful of Cocteau’s phrase “There is no such thing as love; only proof of love“.

2001 His short Histoire d’eaux is part of a collective film with fourteen other filmmakers from around the world Ten Minutes Older, produced by Wim Wenders, on the universal theme of time.

2003 Another controversial success, The Dreamers, shot in Paris, revisits the utopian spirit of an entire generation in the period leading up to the explosive events of May’ 68.

2012 Me and You turns his ” chamber trilogy” into a “quadrilogy”. Loosely based on Niccolò Ammaniti’s novel of the same name and starring Jacopo Olmo Antinori and Tea Falco, it is the last feature film directed by Bertolucci.

2013 President of the Jury of the 70th Venice International Film Festival which awards the Golden Lion to Gianfranco Rosi’s documentary Sacro GRA. At Venice he presents his short The Red Shoes as part of the film collection Future Reloaded.

2014 He receives an honorary degree in History and Criticism of Performing Arts from the University of Parma.

2018 He co-writes with Ilaria Bernardini and Ludovica Rampoldi the screenplay for The Echo Chambers.

I left the ending

the way life is.