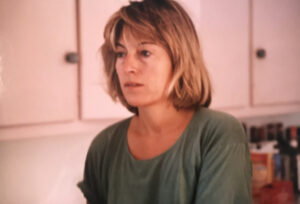 Clare Peploe left us this morning. Director, screenwriter and producer, Clare was born in Tanzania and grew up in England and Italy. She debuted in 1981 with the short Couples & Robbers, nominated for an Academy Award and a BAFTA Film Award. She followed up with three feature-length films High Season (1987), Rough Magic (1995) and The Triumph of Love (2001), an adaptation of Marivaux’s play by the same name, with Mira Sorvino and Ben Kingsley, that competed at the 58th Venice Film Festival, as well as the television film Sauce for the Goose (1990), by Patricia Highsmith and with Ian McShane. She worked on the screenplays of Michelangelo Antonioni’s Zabriskie Point (1970) and her husband Bernardo Bertolucci’s Luna (1979). She and Bertolucci co-wrote the screenplay for Besieged (1998) based on James Lasdun’s story “The Siege”.