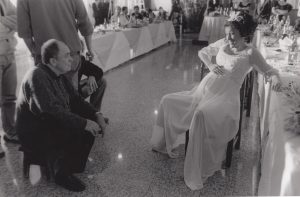 Bernardo Bertolucci’s short fiction film Histoire d’Eaux and his documentary The Oil Route will be shown at the MIFF 2020, the Film Division’s biannual Mumbai International Film Festival. The MIFF is India’s oldest and largest showcase of non-fiction, short fiction and animation, and between January 28 and February 3 it will feature at least 800 titles.

The festival will pay tribute to the director Girish Karnad, who died in 2019, by screening documentaries by and about him. Among the other filmmakers who have been listed for tributes are Manjira Dutta, Ram Mohan, Bhanumurthy Alur, Bhimsain Khurana, Jagdeesh Banerjee, Vijaya Mulay, VG Samant, Mrinal Sen, Agnès Varda and Milos Forman.

Satyajit Ray’s birth centenary will be marked by a retrospective of the non-feature films he directed, including Sukumar Ray, The Inner Eye and Pikoo.