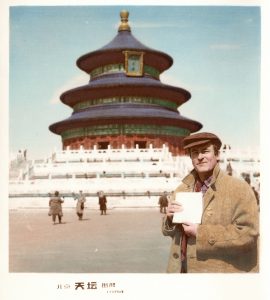 On December 3rd, at 9 pm, the Tiblisi International Film Festival, will pay tribute to Bertolucci with the screening of the beautiful documentary by Fernand Moszkowicz Bernardo Bertolucci: Le Voyageur Italien. In the documentary, Moszkowicz interviews the Italian director on his childhood memories, lived in Parma, and on the geographical influences of his films.

The screening will be preceded by Bertolucci’s 1985 short film Videocartolina dalla Cina, shot during the location scouting for L’ultimo imperatore.