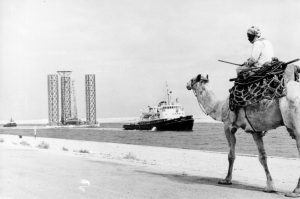 The Embassy of Italy in Tehran with contributions from Iran’s Art and Experience Cinema is organizing the online festival, which will open on December 1.

Pietro Marcello’s 2019 historical romance drama Martin Eden is one of the films.

The film is loosely based on the 1909 novel of the same name by Jack London. After saving Arturo, a young scion of the industrial middle class, from a beating, the sailor Martin Eden is invited to the boy’s family home. Here he meets Elena, Arturo’s beautiful sister, and falls in love with her at first sight. The cultured and refined young woman becomes not only the object of Martin’s affections but also a symbol of the social status he aspires to achieve. At the cost of enormous efforts and overcoming the obstacles represented by his humble origin, Martin pursues the dream of becoming a writer and—under the influence of the elderly intellectual Russ Brissenden— becomes involved in socialist circles, bringing him into conflict with Elena and her bourgeois world.

Happy as Lazzaro by Alice Rohrwacher is another film on the lineup. The 2018 drama tells the story of an unceasingly kind Italian peasant and his family, who are blatantly exploited by a tobacco baroness.

My Mother, Nanni Moretti’s 2015 drama has also been selected to be screened at the festival.

The film is about Margherita, a director who is shooting a film with the famous American actor, Barry Huggins, who is quite a character on the set. Away from the set, Margherita tries to hold her life together while feeling powerless when facing her mother’s illness and her daughter’s adolescence.

Bernardo Bertolucci’s 1967 documentary The Oil Route will also be screened. The film follows the journey made by oil from the exploration and extraction phases in Iran, to transport by sea through the Suez Canal and across the Mediterranean to the oil pipeline in Genoa, which is linked to the refinery in Ingolstadt, in Bavaria.

The festival will also review Valentina Pedicini’s 2017 drama Where the Shadows Fall in which a nurse working in a home for the elderly searches for what connects her to the place. When a kindly old lady arrives, the nurse remembers being a patient when the building was used for eugenics experiments.

The festival will go online on the Iranian platform www.hashure.com.

The event was first scheduled to be organized from February 20 to 26 at the Iranian Artists Forum in Tehran, Golestan Cineplex in Shiraz and Labkhand Cinema on Kish Island.

However, it was canceled three days after its opening due to the shutdown of the cultural centers and programs in Iran following the outbreak of coronavirus.