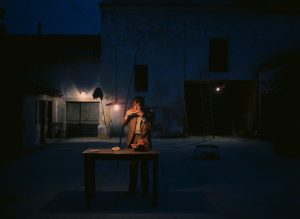 The Spider’s Stratagem will be one of the movies screened at the Film Preservation & Restoration Workshop India 2019 in Hyderabad, India. The workshop is organized by the Film Heritage Foundation, which was established in 2014 by film director and archivist Shivendra Singh Dungarpur to train young film restorers and preserve the Indian cinematographic heritage.

This will be the first Indian screening of Bertolucci’s movie in the version restored by Fondazione Cineteca di Bologna and Massimo Sordella in collaboration with Compass Film and RAI Cinema. Strategia del ragno will be presented along with Meghe Dhaka Tara, the 1960 movie by Bengalese film director Ritwik Ghatak.