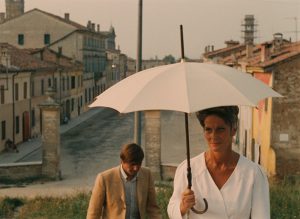 The Spider’s Strategem will be presented September 1 at the Venice Film Festival, in competition in the Venezia Classics section, in the version restored by the Cineteca di Bologna and Massimo Sordella in collaboration with Compass Film and RAI Cinema.

THE SPIDER’S STRATAGEM
assignment
Read more
keyboard_arrow_left
Back to news