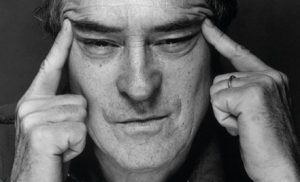 The Asiatica Film Festival, this year at its twentieth edition, will launch at Rome’s Cinema Nuovo Sacher and its next-door space WeGil on Wednesday, October 2nd. The screenings will begin at 8:45 pm with Bertolucci’s short Cartolina dalla Cina, shot in 1985 during his extensive travels in China, from the deep south to Shanghai and Manchuria, in search for locations for The Last Emperor. This will be followed by the remarkable documentary on Bertolucci Le voyageur italien, made in 1987 by Fernand Moszkowicz, who was assistant director in Last Tango in Paris and second-unit director in The Sheltering Sky.