We publish a video interview with Bernardo shot in 2011 by Carlo Lavagna and Roberto De Paolis. The interview was done in 2011, during the pre-production of Me and You, in Bertolucci’s house in Trastevere.

Below we publish an interview by Colleen Kelsey to the director published in 2014 by Interview magazine which we thank. 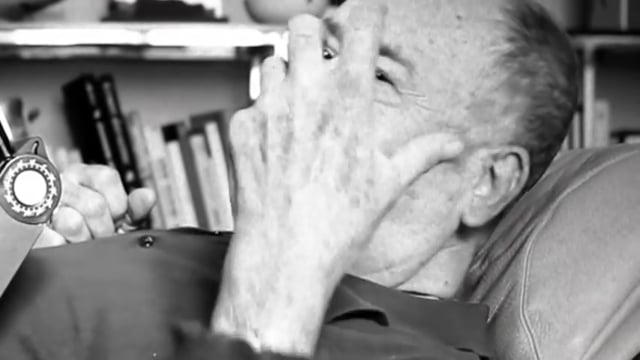 You, Me, and Bernardo Bertolucci

In his 73 years of life, Italian filmmaker Bernardo Bertolucci has been a lot of things: poet, assistant director to Pier Paolo Pasolini, Godard disciple, Marxist, fabulist, political and sexual provocateur, and Oscar winner. He made his first film, with Pasolini’s blessing, at 21. He’s had his civil rights revoked for five years by the Italian government, been accused of “emotional rape” by actors Maria Schneider and Marlon Brando on the polarizing 1972 sex odyssey Last Tango in Paris (1972), tackled fascism (The Conformist, 1970), incest (The Dreamers, 2003), history, and youth (Stealing Beauty, 1996) on scales both staggeringly epic (Novecento, 1976; The Last Emperor, 1987) and perversely claustrophobic (Last Tango; The Dreamers). He’s made films that prescribe extreme environments for some of life’s most basic preoccupations—politics, sex, and spirituality—to unspool, and with over five decades working in Hollywood and European cinema, has been just about as universally divisive as he is revered.

Bertolucci thought his life in cinema was over when repeated surgeries for his back problems, stemming from a herniated disk, confined him to a wheelchair in the early 2000s. Thankfully, that wasn’t the case. His latest film, Me and You, the first in a decade, opens this Friday. Adapted from a novel from Italian writer Niccolò Ammaniti, Me and You is a study in simplicity, as well as Bertolucci’s first Italian-language film in decades. Lorenzo, a troubled 14-year-old boy (Jacopo Olmo Antinori), skips out on a class ski trip to spend a week in his apartment building’s basement, blissfully alone, until he is interrupted by his 25-year-old estranged half-sister, Olivia (Tea Falco), looking for an isolated place to kick her heroin habit. Hiding out in the basement, Olivia and Lorenzo struggle to connect before establishing a genuine bond, relayed by Bertolucci in a raw and stripped-down fashion.

Bertolucci splits his time between his homes in London and Rome, where Interview recently rang him up to speak about Me and You, talking politics with Andy Warhol, Mad Men, and why almost every film is a political film. For someone who has lived an incredible amount of lives in one, he is incredibly generous with his time and thoughtful with his words.

KELSEY: I think it’s going to rain today, it’s a little bit foggy. It’s been very hot lately, so some rain would be nice, I think.

BERTOLUCCI: So you work for Interview?

KELSEY: Let’s talk about Me and You. What was your state of mind like when you started working on the film? It had been a few years since The Dreamers, and I know you were dealing with some health issues. Where was your head at the start of this film?

BERTOLUCCI: I was full of excitement to discover something new. Because I thought that at that point, my love of cinema would be to watch movies, not to do movies. For a moment I thought this was doable, I was so happy, I thought, “Maybe I should.” On the other hand, I’ve done movies all of my life, and that’s the most enjoyable and normal thing to do for me.

KELSEY: What about your choice to set this in Italy and in the language? I know that the story comes from a novel that’s Italian [Io e te by Niccolò Ammaniti], but you’ve had a complex relationship with your home country over the years and haven’t done an Italian language film in decades. Was it an emotional homecoming to do a movie in Italy and in Italian again?

BERTOLUCCI: Well, no. One time I did a movie with Brando—Marlon was reading the dialogues, which were written by me in Italian and translated in English. He understood how and why dialogues in English are much better than the dialogue in French movies, let’s say. English gets to the essentials. Italian and French are more literary in a way. And I said I want to do my movies in English and I wrote my words in English. Then I shot 10, 15, 20 years in various languages. I did nothing in Italian. It was weird to be back—it was such a long time.

KELSEY: On the subject of the intimate quality of some of your films, many of them take place in close quarters. What do you think we can learn about human emotions or human nature from how people interact with each other in these small, claustrophobic spaces?

BERTOLUCCI: The body. The purpose of loneliness. You have the mind to be anything, to live and to survive. It’s a tumultuous ride. The feeling of being protected is there. Dreamy, a little bit. And I think you can really make a connection.

KELSEY: What about youth or young people inspires you as a subject?

BERTOLUCCI: Take for example, the boy [Jacopo Olmo Antinori] in Me and You. You take the height and you mark it off on the wall. And then at the end of shooting, it’s like two or three centimeters higher. Something’s alive on the camera. That’s why I love shooting young people, because they’re like adults shooting, but they’re so alive, and changing. I love that. It’s very dynamic.

KELSEY: What did you learn from Jacopo and Tea while you were filming?

BERTOLUCCI: The boy was like a war machine, professional, an actor who was an athlete already. Tea liked to abandon herself. She wasn’t extroverted, structured. There was this kind of a conflict between them in the beginning. Like the characters in the movie, they started to, especially the boy, accept each other. In the end I think they loved each other. To shoot chronologically is important. I love to shoot chronologies at that age, the coming of age.

KELSEY: It seems to me that your films always have certain elements represented, no matter where they’re set or the language: politics, sex, spirituality, and things of that nature. These are obviously parts of life that transcend time or place, but what about these themes continue to resonate with you?

BERTOLUCCI: I think that politics is there. If you mention any ideological thing about shooting Last Tango in Paris, I was thinking I was doing a political film. A man and a woman, the age difference between them; she’s very young and he’s almost 50 years old, and the politics between an American in Paris and the girl that hardly knows him and hardly knows anything. Politics are definitely strong there. I think politics is a higher build in life. You know? If you diffuse under normal, common sense of a story, you make it political. If you choose a conventional way for a story, or refuse to use the conventional way, you make it political.

I remember, I met with Andy Warhol and Bob Colacello, like, a century ago. I was talking about politics with them, and I remember Andy saying “Oh, I just came back from Tehran, I saw so many beautiful people.” I said, “I know that there were a lot of cool people around, but where were you?” “Oh, I’ve just been at the Marble Palace,” he was saying. It was really funny. Really funny. After I’ve done Novecento [Bertolucci’s 1976 five-hour long epic about Italian history starring Robert De Niro and Gerard Depardieu] I knew that Paramount didn’t want to show the movie because there were too many red [Communist] flags. They presented it as “Oh, I thought the problem with Novecento was it was too short.” But the movie is five hours! They were saying it was too short. It was so funny.

KELSEY: Have there been any new movies or directors that have been interested you or excited you lately?

BERTOLUCCI: I’m afraid to say something. But I’ve started to watch television, actually. Much better than the movies.

KELSEY: What are your favorites?

BERTOLUCCI: Mad Men, Breaking Bad, The Americans. Lots of them. Because, you know, in the series, they are able to remove stress of the length of time and you can enjoy the moment. In the movies, it’s always more or less, “Cut!” In the series you can shine the light on these characters. It’s a luxury that there are more than movies. I wouldn’t mind doing television. Italian, maybe.

KELSEY: Are you working on any new film projects right now?

BERTOLUCCI: I’m trying to compose a spectacular story. That’s it. I can’t tell more than that.