On July 14, the guys from Cinema America will screen Rough Magic, the second feature film by Clare Peploe, at the San Cosimato Arena, in Rome. To remember Clare we publish an interview on the film released in May 1997 to Brandon Wilson of the UCLA Daily Bruin magazine, which we thank. 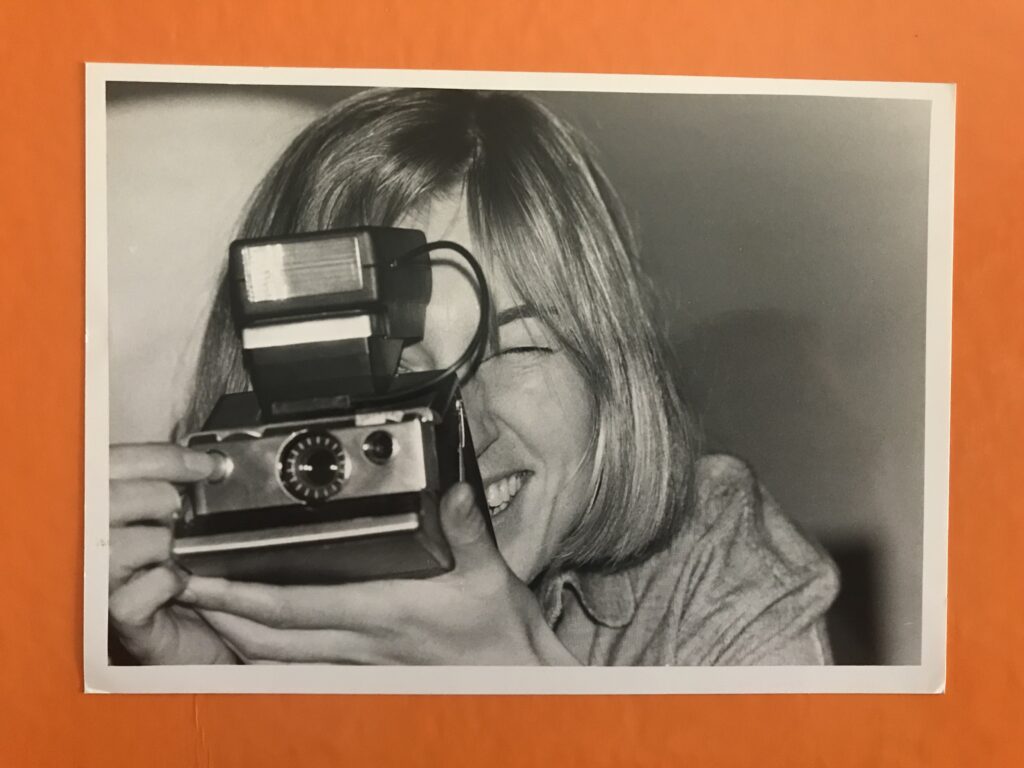 An Interview with Clare Peploe

As Quentin Tarantino and Robert Rodriguez showed us when their film From Dusk ‘Til Dawn was unleashed upon the public, mixing genres can be difficult. The resounding failure of that film underlines what many believe to be an inviolable rule of thumb: genres weren’t meant to be mixed. Filmmaker Clare Peploe is undaunted by this widely embraced law of storytelling. With her latest film Rough Magic Peploe weaves a tale utilizing elements and tropes from film noir, magic realism and the screwball comedy. In fact, the story’s postmodern quality was precisely what attracted the director to the material. “The novel is set in Mexico, in 1949 – that period which is very interesting being just after the Spanish Civil War, and many interesting characters were in Mexico at the time”, says Peploe. “What I thought was great was that the film enabled me to work with so many things from that period without doing a remake from that period, which would be boring. The humor in a way upstages the genre, and I thought that was a fantastic way of doing it. The idea of doing this fantastic woman character, a magician’s assistant; a magician who performs Western, illusionist magic which then becomes real magic and magic realism was just a beautiful way of showing different cultures intermingling. I’ve always traveled, ever since I was a child, and I think going to places with a really different culture is a lot like mixing genres: you come with your own codes of behavior, and different ones, and different ideas of what is shocking. It’s something I’ve always enjoyed, so anything involving that kind of mixing is of interest to me. That’s why I took to the book”.

The story follows the journey of Myra Shumway (played by Bridget Fonda), a spunky magician’s assistant who finds herself on the lam when things go sour with her uranium-rich fiancé. Myra goes to Mexico, and burnt out gumshoe Alex Ross (played by Russell Crowe) is hired to find the magical Miss Shumway and bring her back alive. The film is based on the novel Miss Shumway Waves a Wand by James Hadley Chase, a book given to Peploe by her younger sister Chloe. Peploe loved the book, and found herself among the growing cult of Chase’s admirers. “The novelist is dead; he died in the ’70s”, says the director. “He wrote many books, some under different names; a few have been made into movies. He’s one of those authors that’s been rediscovered in France – as the French often do, they adopt a writer. In fact, one of the reasons I have French financing is that the book is well-known there; it’s out of print in England, out of print in the States. But there it’s a book that they know and love”. Peploe herself is familiar with France, England, and much of the world thanks to her unusual upbringing by her art-loving, globe-trotting aesthete parents (her father is English, her mother an Italian-American expatriate). Born in Tanzania in 1942, Peploe spoke Swahili before she learned English, French or Italian (all of which she now speaks fluently). She is the oldest of three, including her brother Mark (a writer) and the aforementioned sister Chloe (a researcher). She’s described her mother as a lover of the arts, allowing nothing in her domain that came later than Proust.

While she is indebted to her rather bohemian/classical upbringing, Clare was drawn to film in part because it was one medium her parents would have none of, since film had yet to distinguish itself as a viable form of high art during Clare’s formative years. Because of her parents’ revulsion to film, Peploe gravitated toward it. “One of the reasons I think I got into film is that it’s such a modern art. It had nothing to do with my parents; it was one medium which they knew nothing about. It involves a certain amount of vulgarity. I like that about it. I couldn’t stand the purity of my mother’s world, and the classical works she admired. And of course that’s all still inside me, and I really love the work she loved – I still go to see old churches – but for a long time I thought I missed out on all the ordinary things of childhood, like television. But cinema was a way to make up for that, and of course the films I make aren’t really mainstream anyway”. As a young woman, Peploe sought out the greats of the medium and plunged herself into the world of cinema. She was Michelangelo Antonioni’s assistant on his late ’60s Los Angeles apocalypse film Zabriskie Point, and she developed a passion for the works of the French New Wave, including those of Jean-Luc Godard. Her love for the French iconoclast proved crucial when she met a protege of the director’s whom she would become deeply involved with. That fellow Godard enthusiast was Bernardo Bertolucci, and Peploe went on to become Bertolucci’s assistant director on his five-hour epic 1900. By the time the film was released, Peploe and Bertolucci were living together. By 1980, they were married. Peploe served as co-writer along with Bertolucci and his brother on his controversial film Luna.

Of late, Peploe’s brother Mark has co-written with his brother-in-law on The Last Emperor and The Sheltering Sky. Not content to just be the wife of a famous director, Peploe first garnered kudos of her own for her directorial debut Couples and Robbers (1981), for which Peploe received a Best Short Film Oscar nomination. Her feature film debut came in 1988 with the film High Season (co-written with brother Mark Peploe), which won a Silver Shell at the San Sebastian Film Festival. Her follow-up effort, an adaptation of Patricia Highsmith’s Sauce for the Goose, won Prix du Public at the Festival de Cognac. Screenwriter William Brookfield wrote the screenplay for Rough Magic along with Peploe. The transformation of the novel into a script required a lot of scaling down here and expansion there, and Peploe had no trouble leaving her mark on the material. “It was a long process actually”, says Peploe. “The thing about the novel is it has some brilliantly funny sequences in it, but the plot had so many loose threads, as if the writer got drunk every night and forgot what he had written the night before. The scenes are brilliant but have little connection to one another. And what changed a great deal for me was going to Guatemala; I was very moved by the things I saw there, and by the magic of the country, and the mixing of genres that has gone on as far as the mingling of Westerners and indigenous peoples, and the blending of religions. In fact, a lot of what I saw and experienced there I brought to Mexico where I shot the film. Originally we were going to shoot in Guatemala, but then there was an unfortunate incident, a very tragic one actually – an American woman was almost killed in a village because they thought she was stealing a child; it caused a kind of hysteria. So then the American embassy advised all Americans not to travel to Guatemala, and we couldn’t shoot there. So at the last minute we had to switch to Mexico, and it actually broke my heart. So the trips to Guatemala changed the kind of magic in the story, because that sort of feeling wasn’t in the book at all”. Peploe was able to shift from the rather solitary aspects of screenwriting to the more collective phase of production, and as director she is careful to work more collaboratively rather than enforce her will on an unsuspecting cast and crew. “First of all directing involves so many people, and it involves using the talents of others and getting people that you really trust. That’s the key thing. That’s why casting is so important; if you’ve got an intelligent, good cast they can bring you so many things. They work out so many things about their own characters. That’s why it’s crucial to have people who are intelligent about their parts. Same with a production designer, or cinematographer. It’s important to get a common feeling going (amongst the different artists); you have to start trusting people”.

To prepare for the period piece, Peploe and her actors immersed themselves in films from the past, but Peploe’s key inspiration came from media outside of cinema: “I looked at films for performances. I thought that Bridget’s character was more of a ’40s woman in the first half of the film, because I always think of the ’40s woman as more independent; and later, when she (quite literally) becomes heartless, she’s become a ’50s woman. And that’s because I think of the ’50s woman as being forced into a narrow stereotype. Same for men as well. This was an interesting time because America had won the war, there was this incredible self-confidence in America, Europe had been destroyed, and there was almost this blind faith in science, which is almost like a belief in magic. Men and women were pushed into these narrow slots, and of course, people are much messier than that. So the magic brings out the truth in people, which is why the characters are all changed by the end. Bridget looked at a lot of films; she has an immense knowledge of films from that era. She became this Howard Hawks woman – she’s even called ‘Slim’ like Lauren Bacall in To Have and Have Not. I also looked at a lot of photographs of Guatemala from the late ’40s and early ’50s. Then of course when you’re shooting, you find that you constantly give up all these ideas and go with what you have. But certainly photographs and paintings are inspirational”.

Next up Peploe plans to adapt a trilogy of books and tackle darker subject matter, and she also hopes to produce the work of other directors in the future. In the meantime, she continues to look at films and literature for inspiration, including work that exhibits the skilled hand of an artist, the way she hopes her own work feels. “I’ve always enjoyethe films of people like Gus Van Sant and Jane Campion because they’re very personal; I always like films where you get a sense (of authorship). Many films are very good, but they could’ve been made by a number of directors and it’s very nice when you feel that this could only have been done by this person”.