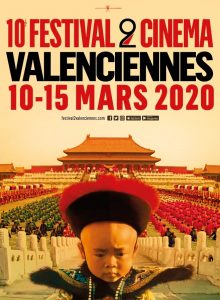 To celebrate its 10 years, the Festival 2 Cinéma in Valenciennes pays homage to Vittorio Storaro. From 10th to 15th March, the Festival will host a selection of feature films that illustrate his career, a master class and a photographic exhibition open until 14 April at the Hotel Royal Hainaut Valenciennes “Écrire avec la lumière”.

Born in Rome, where his father was a projectionist, Storaro graduated from the Centro Sperimentale di Cinematografia. At 20 he was assistant cameraman, then promoted to operator, in the meantime spending several years studying the works of great painters, writers, musicians and other artists. He made his debut as a cinematographer in a film by Franco Rossi in 1968, before moving on to Dario Argento’s The Bird with the Crystal Plumage. After meeting Storaro on the set of Before the Revolution, Bertolucci asked him to work as director of photography for his fourth film, The Spider’s Strategy. Their collaboration lasted more than twenty years with The Conformist, Last Tango in Paris, 1900, Luna, The Last Emperor, The Sheltering Sky and Little Buddha. With The Last Emperor he won the Academy Award for Best Cinematography.